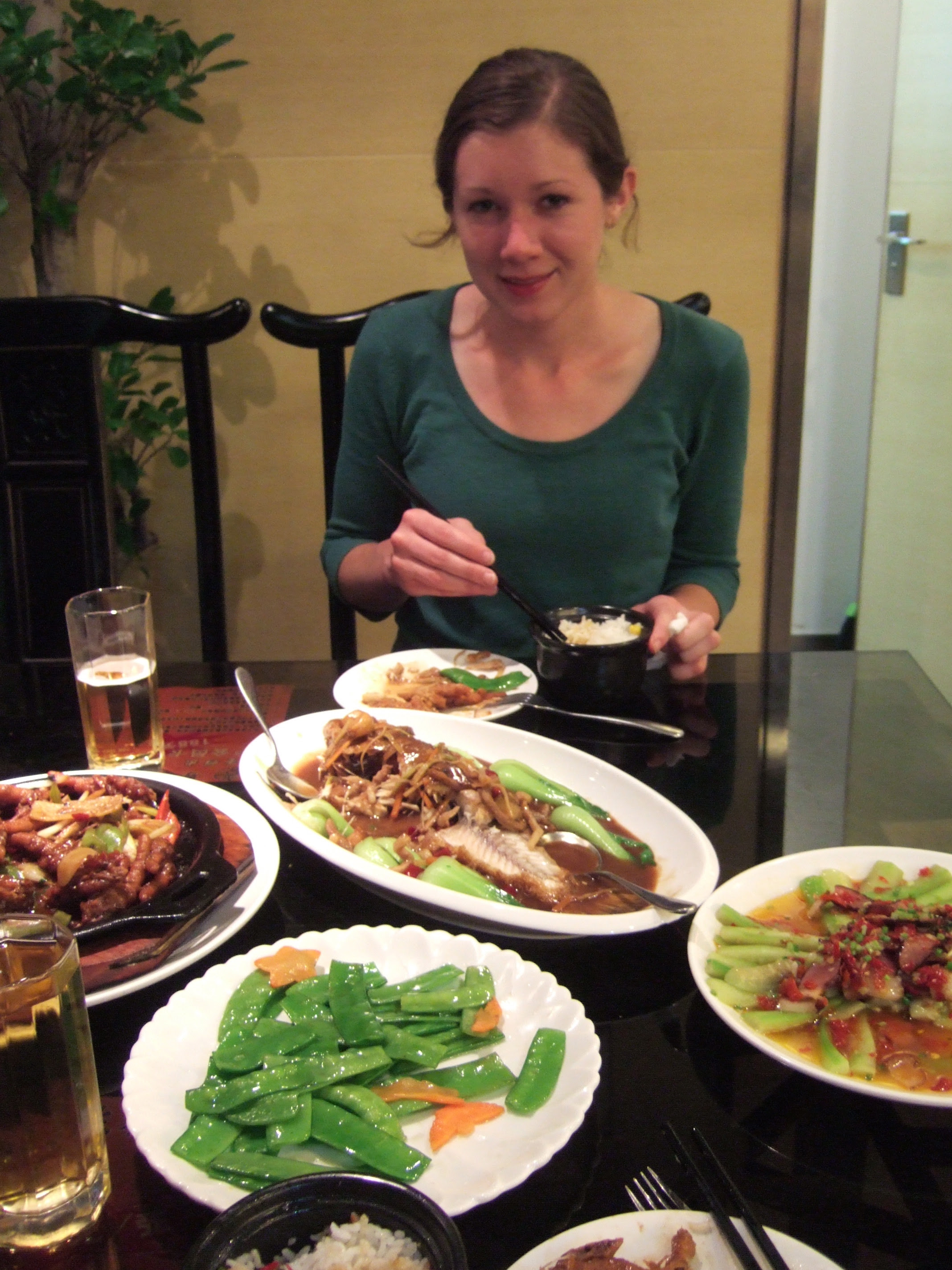 Stories of eating and cooking from an authentic Chinese food connoisseur.

Subtitled A Sweet-Sour Memoir of Eating in China, British author Fuchsia Dunlop's memoir details her lifelong love affair with Chinese food. She first lived in China in the early 90s, where she found herself becoming so obsessed with the local cuisine that she enrolled as the only foreigner in a Sichuanese cooking school. She went on to write several cookbooks (in English) exploring the complexities and joys of Chinese food. The memoir details her evolution as a cooking student and her career as an ambassador for Chinese food in the West and (of course) includes recipes.

Dunlop does not shy away from some of the more unusual ingredients and nose-to-tail eating practices of Chinese cuisine, but she also doesn't make a point of emphasizing dishes that Westerners might consider "gross". She writes candidly about the tendency of travel writers to focus on innards and chicken's feet and dog when Chinese food culture is much more intricate, varied and sophisticated than a sensationalist article can portray. She writes eloquently about the intimate connection between the food and its source in traditional Chinese cooking, a connection that has largely been lost in Western kitchens.

The thing that sets this memoir apart from other odes to food is that Dunlop approaches her subject as both an academic and a fanatic. She describes each dish and cooking practice in meticulous detail, but she also reveals her unbridled passion for eating, savoring, smelling and otherwise enjoying Chinese food. I particularly enjoyed Dunlop's stories of her friendships with various Chinese cooks and foodies. She was able to build entire relationships around memorable meals thanks to the intensity of their shared passions. This is a thorough account of her life's work and, as a true expert, she acknowledges how much more there is to learn about Chinese food.
THE LINK:

Fuchsia Dunlop's website has many food-related blog posts and information about her cookbooks.

I purchased the paperback version at Dunlop's HK Literary Festival workshop. The e-book edition apparently doesn't exist, which is, frankly, inexcusable (on the part of the publisher) for a book that came out less than 5 years ago.

What's your favorite Chinese food dish? Would you describe your relationship with food as intensely passionate? How does food affect the way you relate to people?
Shannon Young at 2:55 PM
Share